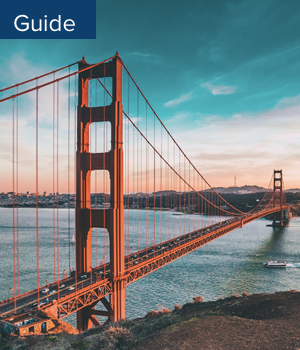 Everything to know about the state's HR, payroll, and benefits rules.


Welcome to the big leagues. If HR compliance was a contest, the Golden State would take first place in the category of most difficult. The Human Resources Certification Institute goes as far as to offer a separate credential, the PHR-CA, to members ambitious enough to master California HR compliance.

Are you up to the challenge? From hiring rules to payroll processing, we’ve broken down the nuances of California HR, all in one place. You can also keep up with regulatory changes by subscribing to the Namely newsletter or following our compliance blog.


California is considered the hardest place in the country to practice HR. So why is the state known for golden beaches and sunny weather anything but laid back? Labor laws are generally favorable toward either businesses or employees. In this legislative tug-of-war, Democrats have historically sided with workers. California is a “deep blue” state, and as such has pioneered some of the most pro-employee regulations in the country. For evidence of that, look no further than some of the state’s “greatest hits.” California was the first state to enact a paid family leave mandate, and the first state to pass a $15 minimum wage. For HR professionals, milestones like these mean constantly having to keep up with new rules.

Many of these rules are unique. Take California’s approach to non-competes, for example. Noncompete agreements, which forbid current or former employees from working with a competitor, are illegal for nearly all roles in California. Only CEOs and owners are excluded from that hard rule. While the state’s hardline stance remains an outlier in HR compliance, a number of other jurisdictions have vowed to follow its example. New York City in particular seems to be intent on passing a similar ban.

Another hot topic in California is immigration and work authorization. While a growing number of states are looking to mandate E-Verify, the electronic service that cross-references employee I-9 information with government records, California is going the opposite way—limiting its use. It is illegal for employers to use the tool to confirm the immigration status of a job applicant or current employee. Penalties here are steep, reaching as much as $10,000 per offense. As an alternative, HR professionals should regularly run Form I-9 audits to determine whether they’re in compliance with U.S. immigration law.

Effective January 1, employers are required to provide on-premises lactation rooms for breastfeeding employees. Workplace restrooms are not longer acceptable, companies will have to offer a private room where employees can comfortably express breast milk during the work day.

Those are just some of the issues California employers face as it pertains to HR compliance. Read the articles below to learn more about state laws covering matters like anti-harassment training, worker authorization, equal pay, and more.

While the U.S. doesn’t have a national paid leave mandate, that hasn’t dissuaded states and cities from taking matters into their own hands.

As is often the case in employment law, the Golden State has served the role of trailblazer. In 2004, California became first state to implement a paid family leave mandate. The move spurred a wave of other states to follow, including Rhode Island, Washington, New Jersey, and New York.

California’s paid family leave rules are among the country’s most generous, offering employees up to six weeks to bond with a child or care for an ill family member. This leave needs to be paid at 60 to 70 percent of regular wages, depending on how much the individual usually earns. In a rare case of “fully paid” family leave, the city of San Francisco requires employers to foot the bill for the remaining wages that aren’t covered.

Thankfully for businesses concerned about costs, employers don’t actually pay for the statewide program. Paid leave in California is funded through an employee-paid tax. That said, HR teams are still tasked with ensuring that the right systems and payroll deductions are in place to make that happen. What’s more, state law also requires that leave balances display on employee pay stubs, so workers are aware of how many days they’re entitled to. Businesses with California employees should work with their payroll providers to ensure that their system supports these requirements.

Beyond traditional paid leave, keep in mind that even vacation time is subject to state rules. California considers accrued PTO as a part of overall earnings and requires that it be paid out to departing employees. That payout has to happen along with their last check, due within 72 hours of their departure or on their last day, depending on whether the employee voluntarily quit or was fired. It’s for this reason that “unlimited” vacation policies often raise legal questions in the state. If PTO is considered part of an employee’s earnings, how do you pay out an unlimited policy if he or she terminates?

While California is certainly on the paid leave bandwagon, will lawmakers on Capitol Hill follow suite? Though paid family leave has historically been a non-starter with Republican lawmakers who view most employer mandates unfavorably, that hardline stance has softened in recent years. President Trump and members of his family have voiced support for paid family leave, and a number of proposals have been put forward in Congress.

Only one thing is certain: if that federal mandate ever does come, it’ll be California HR professionals who will be best prepared.


With unemployment at record lows, it’s no secret that getting top talent through the door is as hard as it's ever been. Thanks to a number of state labor laws, that’s doubly true for California recruiters. When it comes to topics like salary history and criminal history, some questions are better left unasked.

With a law that went into effect earlier this year, it is now unlawful for all businesses to ask about an employee’s salary history. Recruiters should note that if a candidate voluntarily provides salary information without being asked, HR can then consider it when making a compensation decision. Additionally, the law requires employers to provide applicants with the opening’s pay range if asked.

What is this law’s purpose? These salary history bans, which have been passed by a growing number of states and cities nationwide, are tied to the equal pay movement. Legislators’ operating theory is that asking about prior compensation only serves to perpetuate past pay discrepancies. Outlawing the question would then effectively force employers to only decide compensation based on market rate and job experience.

There’s one other topic that’s illegal to bring up during the interview process: criminal history. That means the “have you ever been convicted of a crime?” box found on most traditional job applications is forbidden for most roles in California. Previously, employers could only ask about criminal history once a job offer had been extended—and even then, employers needed a substantive reason to retract the offer if the candidate had a criminal background. As of January 1, employers can ask candidates about their criminal records when the job is one where a conviction would automatically disqualify a candidate under federal and state law.

These so-called “ban the box” laws are growing in popularity nationwide. If you have multistate offices, note that adopting California-compliant rules across the board might serve you well in the long term. Over 150 cities and several states have laws limiting access to criminal history, applying to over 230 million people. For HR professionals, that’s another rule to keep track of. For the nearly one third of Americans with some form of criminal history, however, it means something much more: a potential second chance.


Being a payroll professional anywhere can be taxing work. Payroll in the Golden State is a whole other ballgame.

Back in 2016, California Governor Jerry Brown signed off on the first $15 minimum wage law in the country. To assuage concerns that the increase was too dramatic, lawmakers opted to implement the increase subtly over time, with different rates applying to different size companies. Because of this approach, the hardest part for HR professionals isn’t simply upping employee compensation—it’s keeping track of what minimums are actually in effect. A full schedule of planned increases is below. Keep in mind that after 2023, the minimum wage is subject to an annual adjustment based on the health of the state’s economy.

There are a host of other rules that the state applies to payroll. Did you know that you’ll need to provide a terminated employee with their final check before they head out the door? Or that it’s illegal to print your employee’s social security number on their paystub? As is often the case in compliance, the devil’s in the details. If you’re working with or evaluating payroll vendors, be sure to ask how familiar they are with some of these lesser known local rules.


All compliance is local. While California is known as a state with exceptionally complex HR rules, you shouldn’t count out its various cities and counties from enacting their own regulations, too.

If you have multiple offices or employees scattered across the state, knowing which rules to follow can be a challenge. Here’s a tip you can apply in almost all cases: when in doubt, the set of rules most generous to employees prevails. That same “golden rule” applies when federal and state rules contradict, too.

Here’s an example. An employer has offices in both San Diego and San Francisco. As of this writing, San Diego’s minimum wage sits at $12.00 per hour for companies with more than 26 employees. In San Francisco, it’s $15.00 per hour. The statewide rate is $12.00 for companies with 26 or more employees. In San Francisco, where the local rates are higher than the state minimum, employers must meet the local minimum wage requirements. While you could legally offer employees a minimum wage matching the jurisdiction they’re in, it might be easier to default to the San Francisco rate across the board. That’s particularly true considering that the state minimum will reach $14.00 after 2020 anyway.

Keep in mind that local governments often serve as trailblazers when it comes to changes in employment law. Before the state passed its own ban the box law, for example, Los Angeles and San Francisco had their own variants. If you’re looking to stay ahead of what the governor or state lawmakers will do next, watch what the local HR “laboratories” are doing first.

Staying in the Know


Keeping tabs on rules and regulations is hard enough in most states, let alone in California. Between hiring and managing talent, there isn’t always time for HR to keep up with what’s happening in Sacramento. That’s doubly true for those at companies with multistate offices.

Want to stay in the know? Join the 150,000+ HR practitioners who subscribe to Namely’s blog. We’ll bring you the latest in HR news, share practical tips for implementing best practices, and tell real stories of work and life from our community. Click here to subscribe to the Namely newsletter to keep tabs on California and beyond.